Live and work from a castle in France

Welcome to Château Coliving! A 12th century castle meets the remote work revolution to create a vibrant home for digital nomads in the heart of Normandy.

Talking about the Château’s history isn’t something that can be covered over only one cup of coffee, but let’s try to make it short: the first historical evidence found at the property dates back to the Roman times and the Vikings were the first ones to build a wooden fortress here.

The property was first acquired in the 12th century as the members of the family were brothers in arms of William the Conqueror, who had a notorious influence in France and England.

One of the ancestors, Marechal de Bellefonds, was a loyal warrior of Louis the 14th and played a key role in the development of the property and the region around, organising some major construction works, such as a hospital for injured soldiers as well as a chapel, designed by the famous Mansart - architect of the Versailles Palace.

But, as history always shows us, along with the moments of glory the castle went through some tragic events, too. One of them was the French Revolution when the property was looted and nearly destroyed. And of course, the Second World War when the entire region was first occupied by German officers and then severely bombed by Allied forces. On June 6, 1944, L’Isle Marie was at the heart of the battles for Normandy. Part of the 82nd division of American paratroopers landed over its lands and a bomber plane crashed behind the hospital (today’s Manor) which burned together with the church and the stables.

So, while today we opened our doors as a place for remote workers and digital nomads, every time we sit to chill in the sofas, have a yummy lunch in the dining hall or take a refreshing morning walk in the woods or along the river, we can feel the connection with centuries of history and reflect on how this place is special. It’s amazing to think that all of this historical place didn’t end up as something somewhat distant such as museums, but a lively community that is part of the digital nomadic revolution.

For more info, you can check the official website. 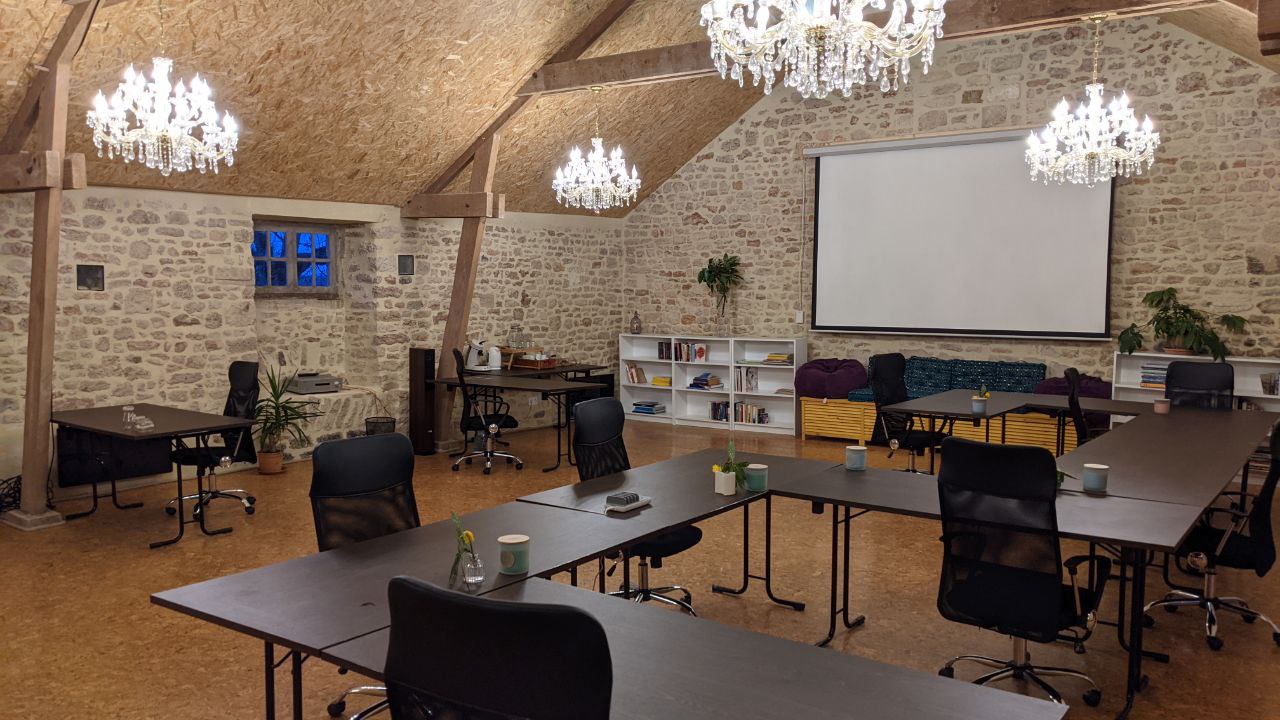 About Picauville
Resources
Our Review

Picauville is located in the heart of Normandy, France and it is a commune that has been recently formed as a merger of two smaller villages. Known in the past for the hospice for the poor, Picauville is nowadays a perfect starting point to visit the rest of the Chanel or discover the coast of Normandy.

Live and work from a castle in France

Do you want to book a place in this location?

You can either contact directly the place following the links from Resources, or you can tell us to save a spot for you. There is no additional costs if you let us take care of your experience.

Book your place with us

Novovento - work from the Azores

Subscribe to our newsletter to discover the newest experiences
and articles for your digital nomad lifestyle.

We promise not to spam you :)

Thank you! Your submission has been received!
Oops! Something went wrong while submitting the form.
Crafted by Marion & Co. Webflowworkation.land & StoryOfAndreeaImage LicensStyle Guide